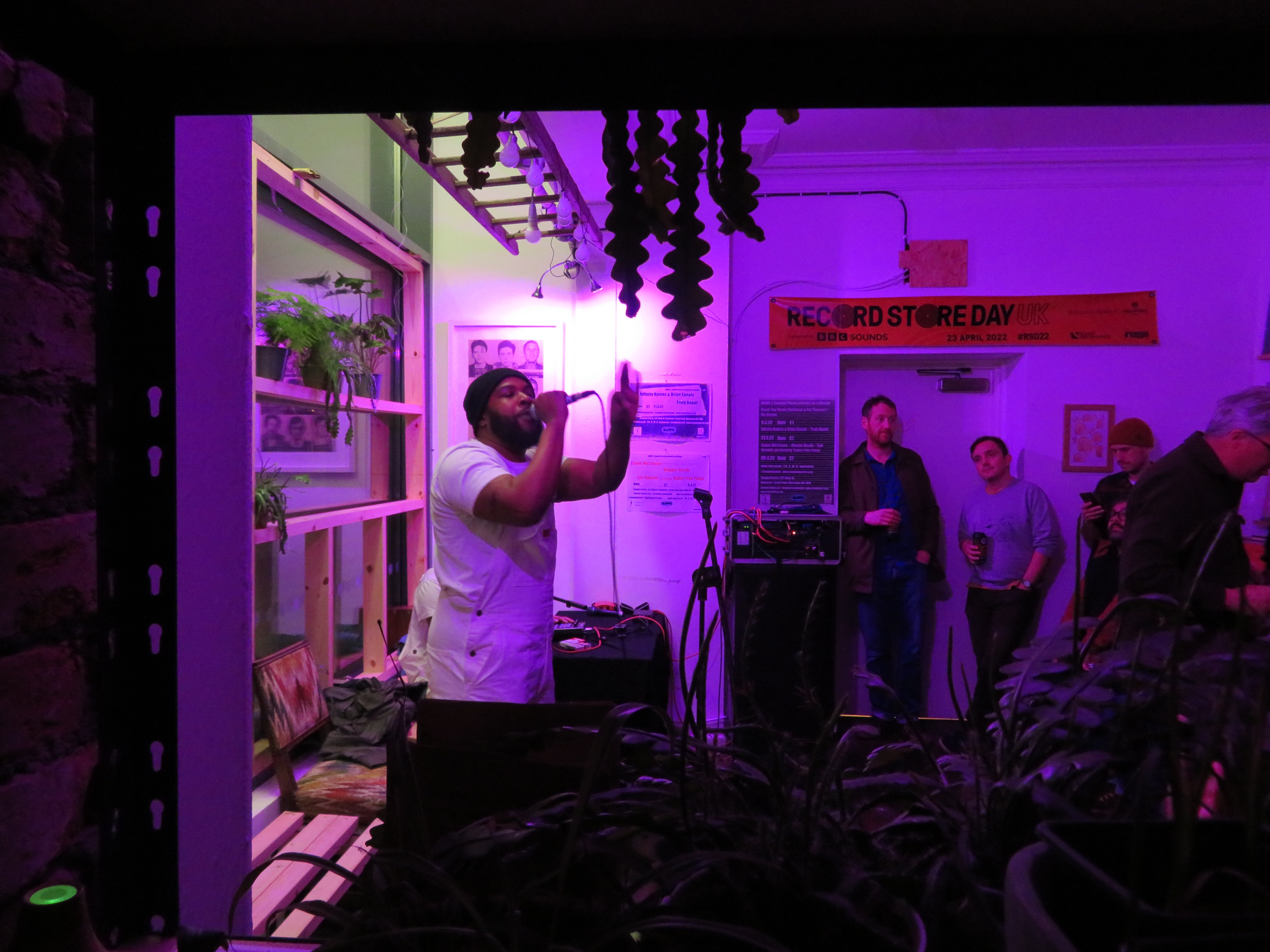 Monday, March 21, 2022 - 20:00
Tangled Parrot
222 High Street, Abertawe SA1 1N
NAWR and Tangled Parrot present Infinity Knives and Brian Ennals with Truly Kaput as support
Infinity Knives is a multi-instrumentalist, composer, and producer from Baltimore, MD by way of Madagascar, Tanzania, and South Africa. His most recent solo album “Dear Sudan” was released to acclaim in November 2020 on Phantom Limb records. The LP led to an enthusiastic write up in the legendary Spin magazine and a position as the musical director of popular NPR podcast Invisibillia. One of Tariq’s favorite albums is Candy Cigarettes, a 2013 release by MD rapper/singer Brian Ennals. This led to three collaborations between the two on the aforementioned Dear Sudan which then led to their joint album “Rhino XXL”.
Last November Mind on Fire, an orchestral group based out of Baltimore put on a two night show highlighting Knives work. Brian performed several songs and both nights sold out. Infinity Knives and Brian Ennals have just wrapped a new album, King Cobra, which, based on advanced word is an early contender for album of the year, any genre. They’re not revolutionaries, but both hope revolutionaries are playing this album while knocking the windows out of police vehicles. The pair are beginning a European tour in March and hope to keep performing to increasingly packed venues for the near future.

Truly Kaput (a.k.a. Joan Jones) is a trans/non-binary musician and performance artist. They cut their teeth in the early 2000’s riot grrrl and queercore scene in London, in bands such as The Battys and Gender Fascist. Truly has since been enjoying a much quieter life in their hometown of Swansea, South Wales.