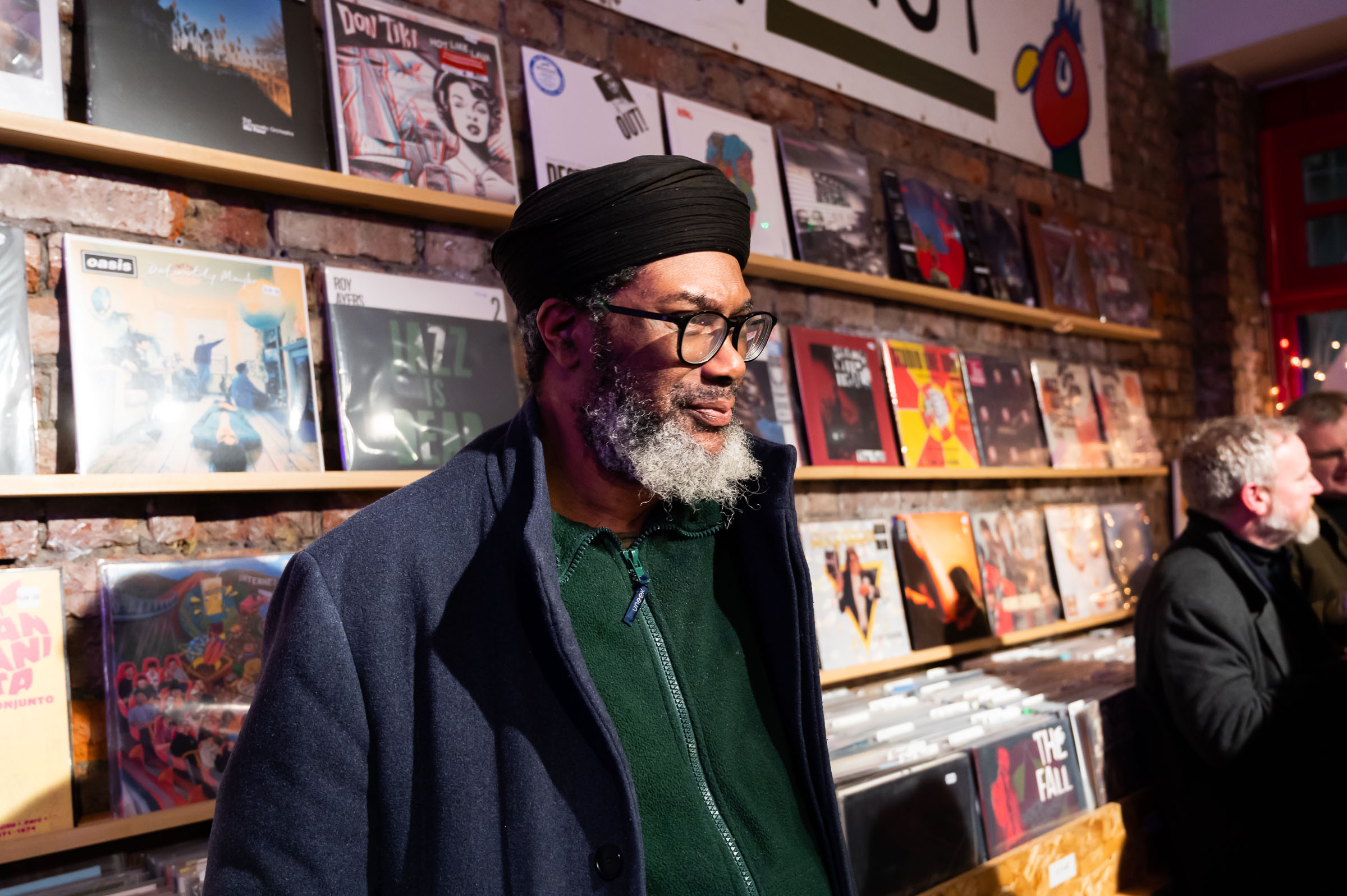 Black Top was initiated in the latter part of 2011 by Jazz Warrior and multi-instrumental Orphy Robinson and pianist / sound sculptor Pat Thomas. The duo of Robinson and Thomas, are shape-shifting unit dedicated to exploring the intersection between live instruments and lo-fi technology. Their virtuoso, freely improvised performances combine twisted loops, samples and dub-effects, which draw on their Afro-Caribbean roots, with a spontaneity and daring rooted in experimental free-jazz.and with the spirit of pure improvisation which is rooted in the free jazz experiments of NYC musicians like Sam Rivers. The result is always a journey that conjures evocative and dramatic soundscapes, which mirror Black Top’s expansive global worldview. The ensemble made its debut at Dalston’s innovative and prestigious venue Cafe Oto and in doing so found a regular home for their excursions. While Orphy and Pat throw around random phrases like Archaic Nubian Step Dub this meeting of musical minds is dedicated to developing working relationships with virtuoso musicians from across the cultural and generational spectrum that can match their own technical dexterity and handle the element of surprise.Each in the series is moulded by the contributions of a unique guest collaborator. Now with a critically acclaimed debut album ‘Black Top Number one’ released on Babel Records. In 2012 Black Top performed at The Gateshead Festival at the Sage and at the Jazz festival Konfrontationen in Nikelsdorf, Austria where Orphy also performed with ‘The Necks’.

Nia Davies is a poet, performer and editor based in Abertawe, Cymru. She experiments with performance, intermedia and embodied practice in her poetry and recently completed doctoral research into ritual poetry at the University of Salford. Her poetry publications include All fours (Bloodaxe, 2017) and England (Crater, 2017) and she was editor of Poetry Wales from 2014 to 2019. Nia co-curated Poetry Emergency festival in 2018 and 2019 and has collaborated in several interdisciplinary and intercultural literary and performance projects around the world.