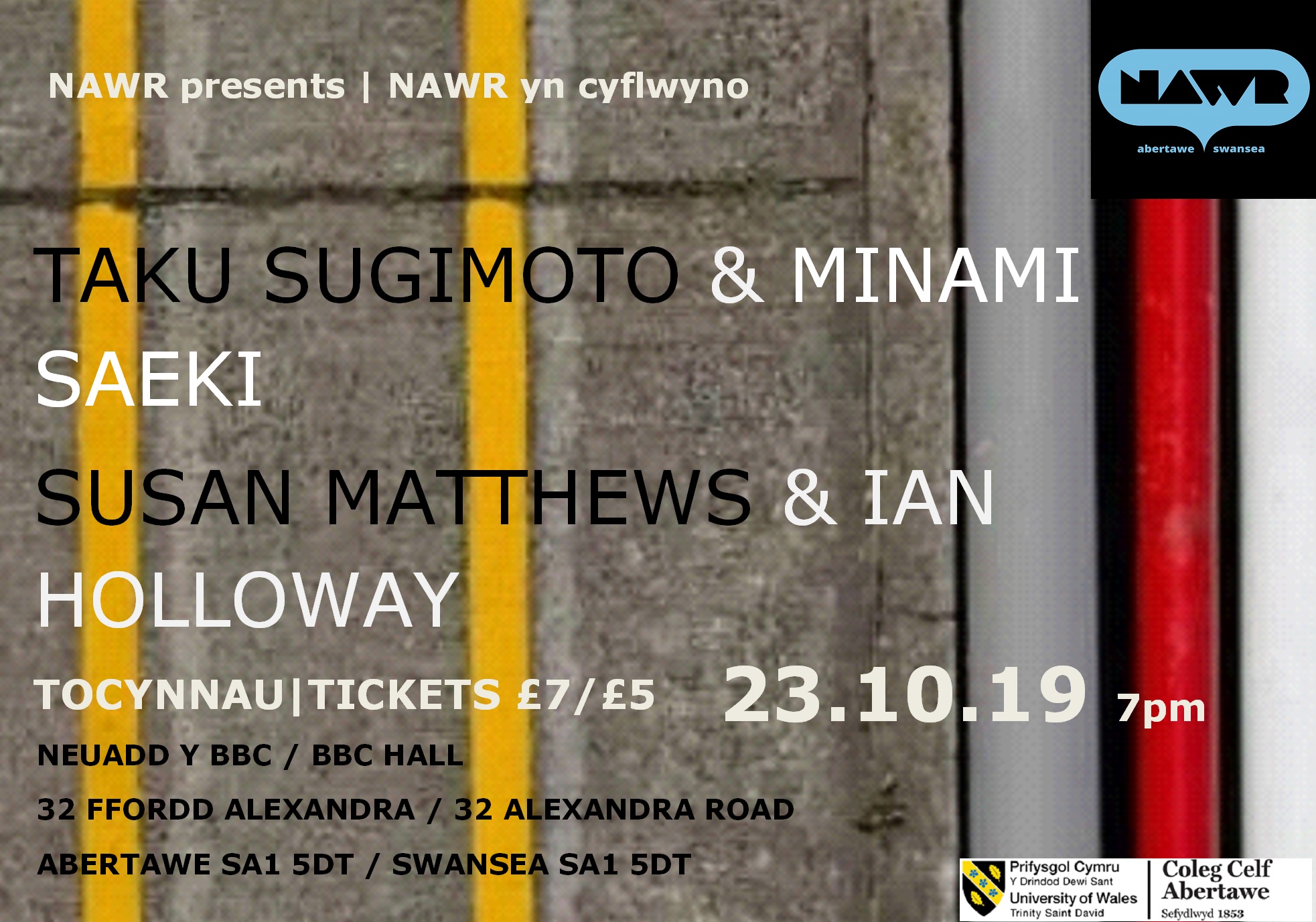 Currently he is more active in composing, while maintaining an interest in improvisation.

He is a member of Suidobashi Chamber Ensemble, an ensemble focusing on performing compositions of contemporary or experimental music.

she studied classical ballet, contemporary dance, classical singing, etc. she has acted in films, e.g., “Village on the Village” (Yukihiro Kurokawa) or “Natsu no Musumetachi-Himegoto” (Teiichi Hori) among others.

she is active as a singer and has performed with Taku Sugimoto, Junichiro Tanaka, Wakana Ikeda, Masafumi Ezaki, Takashi Masubuchi, Manfred Werder, Stefan Thut, Vincent Laju, among others in the fields of both pop and experimental music. “Songs” is a collaborative work with Taku Sugimoto.

Susan Matthews has been creating music, described by d/a73 as ‘dazzling abstractions of grace and beauty’ for more than 20 years.

Her solo work includes cd releases, film & video soundtracks, art installations, live performances and workshops and she also collaborates with many of her favourite artists.

She runs the boutique record label Siren Wire Recordings and is an active member of Divergent Contemporary Art Collective.

Recently she has worked with Mirism, Improvisors Ensemble and Black Letters For The Lilies, performed live with Ian Holloway, contributed to art exhibitions in Swansea, Brecon, Cardiff & Oslo, recorded with Sol Invictus, Delphine Dora and Rainier Lericolais and is soon to release her 14th solo album.

Since 2003 Ian has run the Quiet World label releasing his own music and works by musicians such as Colin Andrew Sheffield , Mike Fazio and Philip Corner.

Alongside his music Ian runs the Wyrd Britain blog and book shop.

Ian’s music can be found at
www.quietworld.co.uk

Wyrd Britain can be found at
www.wyrdbritain.co.uk