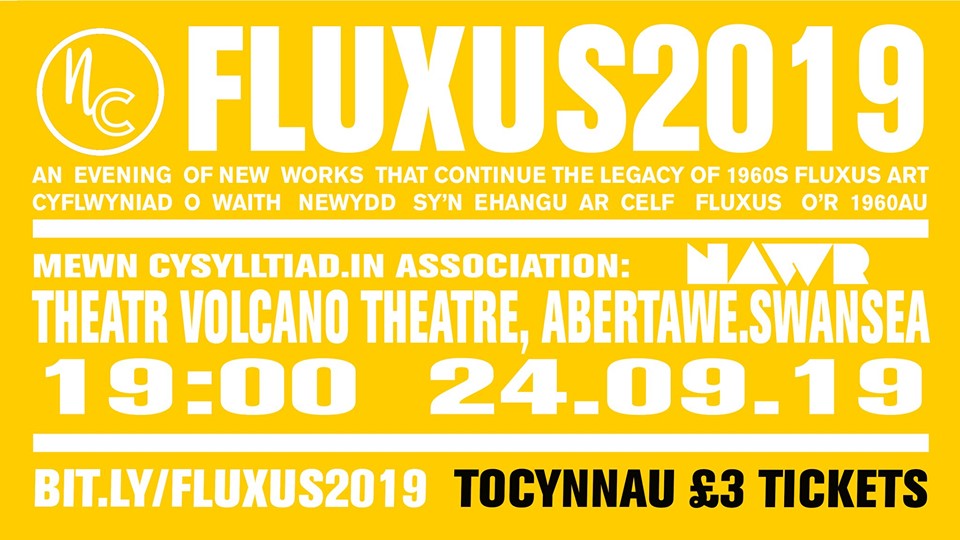 Fluxus began in the 1960s with the work of a community of artists, composers, designers and poets. Their interdisciplinary experimental approaches to performance renounced traditional forms in favour of celebrating the mundane and immediate. Fluxus works are often presented as event scores. These are short instructions that can be followed and realised as performance or action.

At the beginning of 2019 newCELF released a call for works for event scores written in 2019 that followed in the Fluxus tradition. Poets, artists, composers and designers from around the world have submitted, from those who originated the tradition to those entirely new to Fluxus.

During September, newCELF will present a selection of these submissions at several events around Wales.