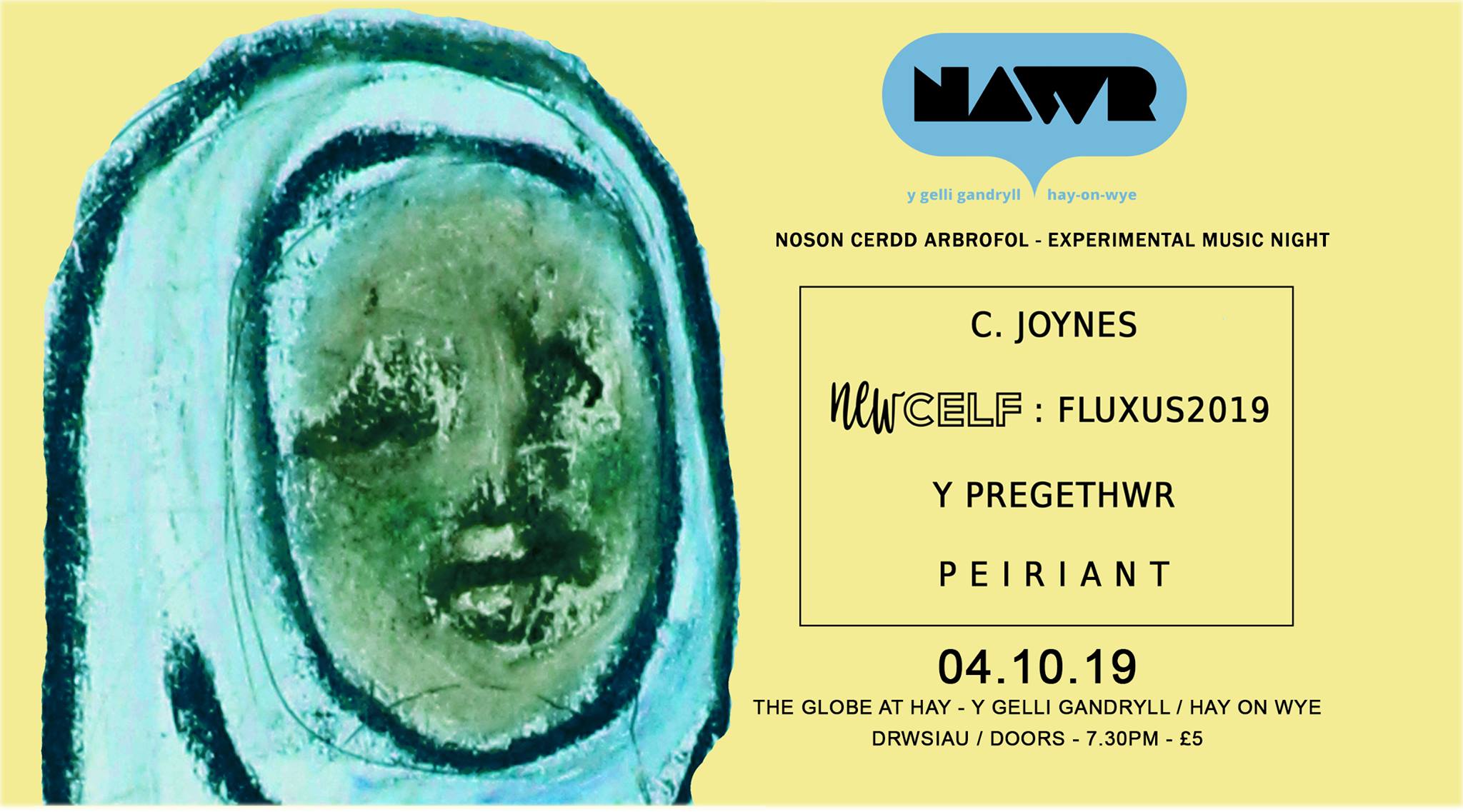 Over the last decade, C Joynes has ploughed a singular furrow through solo guitar, with a body of work incorporating English folk-tunes alongside North & West African music, and lifting proto-minimalist and improvised techniques from the European classical tradition.

“As much Conlon Nancarrow and Ali Farka Toure as Blind Lemon Jefferson, the compositional mind at work here can take apparently disparate threads of modernism and ethnic tradition and treat them as though they were all archaic blues styles learnt from dusty 78s.”
BRUCE RUSSELL, THE WIRE

newCELF are a Cardiff-based multidisciplinary art events organisation who pair modern classics with new commissions. During 2019 they have been championing the 1960s performance art Fluxus. Exploration of early Fluxus works led to a call for works, the submissions of which will be toured around Wales in September. The aim of the project is to highlight the legacy and continuing relevance of Fluxus in relation to practising artists across a variety of fields.

newCELF will present a selection of works as part of their FLUXUS2019 project.

Y Pregethwr (voice and harmonium) sings the book of Ecclesiastes with music and melodies inspired by High and Medieval church, the street music and sounds of Andalusia and Marrakesh, delivered with the spirit of The Penticost.

Peiriant are an experimental duo performing with electric guitar, violin and found objects. The mood ranges from minimalism, drone, post-rock to soundscape, spoken word and noise. Rose Pearl and Dan Linn are Swansea-born musicians who have performed and composed music together for over a decade. Their style takes influences from folk, minimalism, classical, sound art and rock. Their eponymously titled debut album has recently been released through Bandcamp.

They performed previously under the name Deaf Pictures, and were chosen by BBC Radio 3’s Late Junction programme to represent new music from Wales as part of their Exposure series taking place at Chapter Arts Centre, Cardiff. During their recent time living in Swansea they helped set up the experimental concert series NAWR alongside Rhodri Davies, Jenn Kirby and Daryl Feehely. They have since expanded the concert series to The Globe, Hay on Wye.

NAWR (meaning NOW in Welsh) is a new multidisciplinary concert series in Swansea of experimental music, free improvisation, film, lo-fi, free jazz, sound art, alternative folk and new music, which is convened by Rhodri Davies, Jenn Kirby, Rose Linn-Pearl and Dan Linn-Pearl and Daryl Feehely.
“The aim is to offer an open and reflective space for an audience to experience new music
in a welcoming and intimate setting."