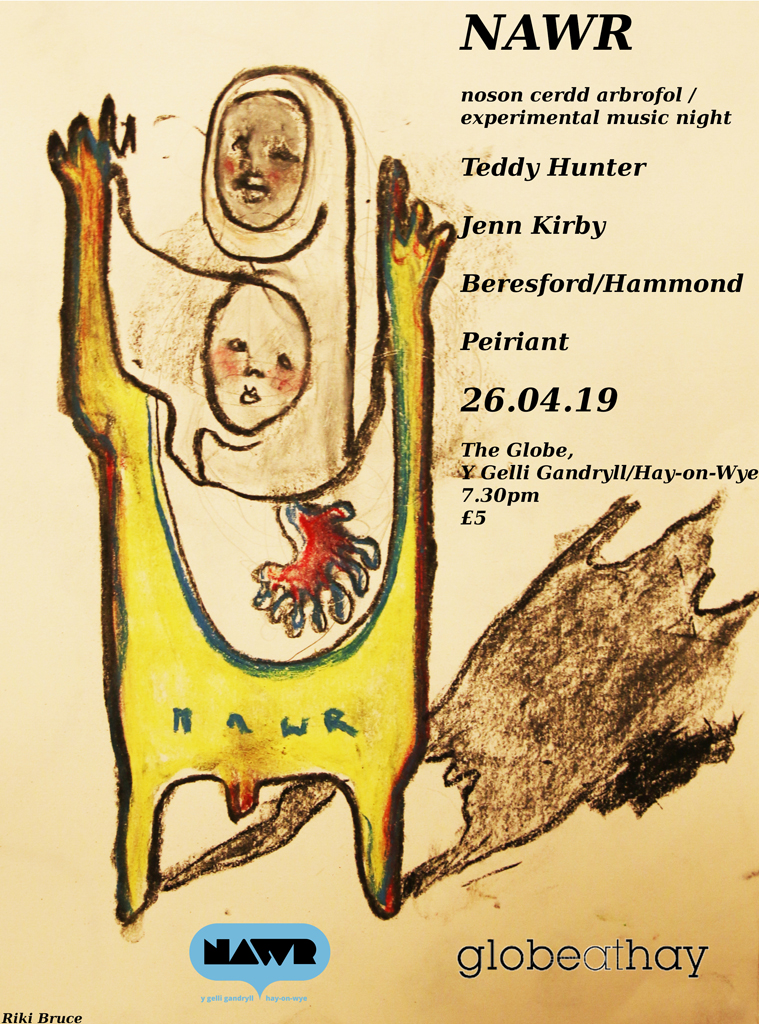 We are delighted & excited to announce that NAWR is expanding to Y Gelli Gandryll / Hay-On-Wye!

Teddy Hunter's work focuses on the relationship between sound, architecture and environment. A combination of sound, film and photography are used throughout her practice to create audio-visual artworks and installations.

Cardiff based sound artist working in electronic music and soundscapes. With a background in sonic arts and a large interest in ambisonics, environmental and special sound, Teddy Hunter's music takes you through an immersive ambient journey. Each song allows you to fall into a daydream whilst the music builds up of looped, ethereal vocals and a gentle fluxus of synthesized melodies. Teddy Hunter also runs a local electronic music night called Electric Soup and is studying a Masters in Creative Music Practice.

Acoustic improvising duo Charlie Beresford (acoustic guitar/piano) and Sonia Hammond (cello) are both based in the Welsh Marches and they met whilst working with the Radnor Improvisers, an improvising group which they are founding members of. Their first album 'The Science of Snow' was born when the two found themselves at a loose end due to a cancelled studio session and used the opportunity to record some duo improvisations together just to see where it would go.

In 2016 they teamed up with pianist Carolyn Hume to form the Beresford Hammond Hume trio and released the also much lauded album 'The Lightning Bell' through 'The 52nd'.This CD contains performances by the singer Judie Tzuke who joined them on a couple of their laid back recording sessions. So they are now following all this with a new duo recording 'Each Edge of the Field'. This nine track CD, recorded in the same free spirited attitude as the first, sees them 'hone their craft as they carve out an increasingly distinctive niche in the world of improvised music' (Jazz Mann).

Peiriant are an experimental duo performing with electric guitar, violin and found objects. The mood ranges from minimalism, drone, post-rock to soundscape, spoken word and noise. Rose Pearl and Dan Linn are Swansea-born musicians who have performed and composed music together for over a decade. Their style takes influences from folk, minimalism, classical, sound art and rock. Their eponymously titled debut album has recently been released through Bandcamp.