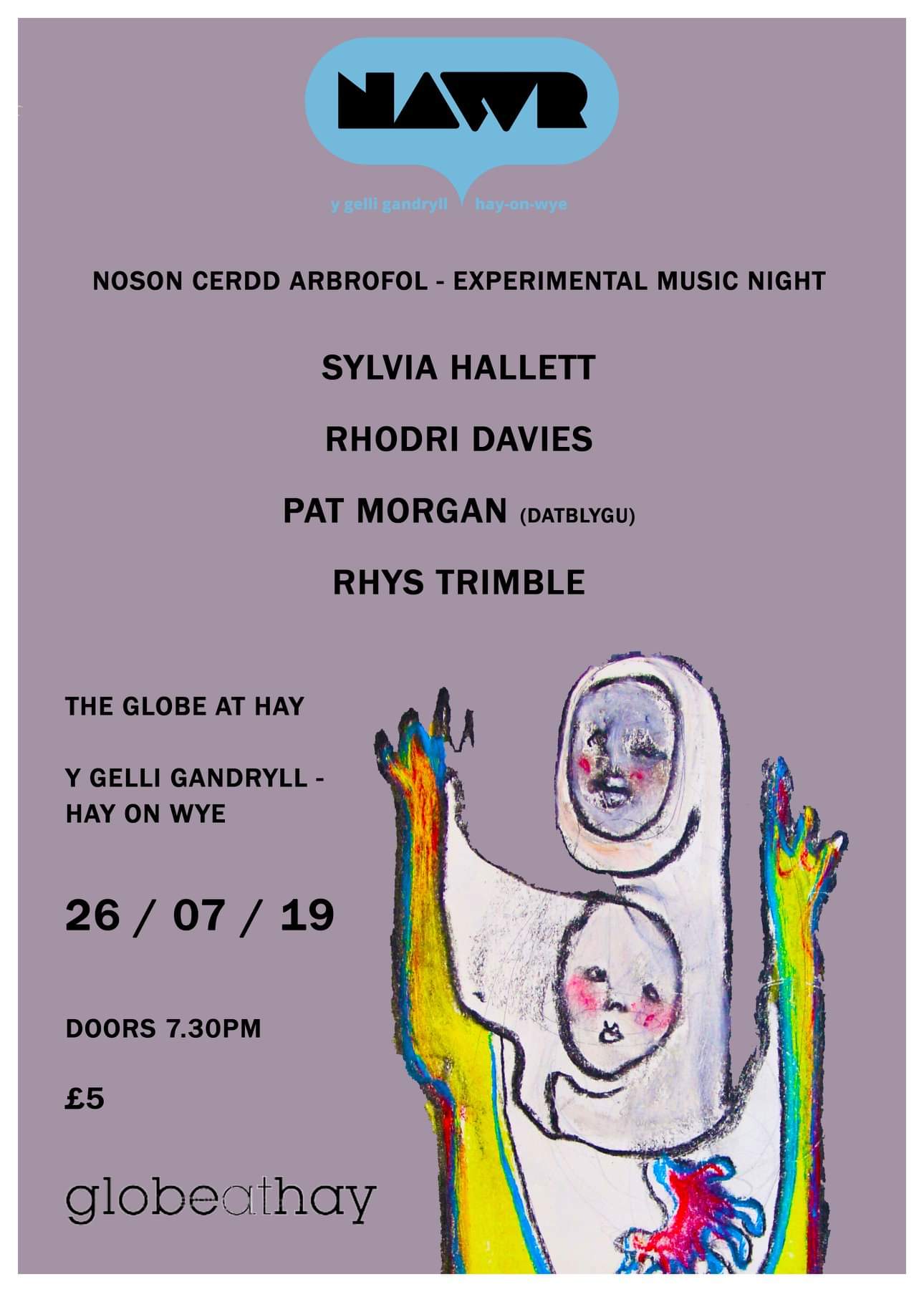 Pat Morgan - brought up on a diet of TV theme tunes from an early age, has a deep respect for early electronica . Her music has mostly been a platform for the lyrics of David R Edwards in
Datblygu. More recently, she has been involved in experimental improvisation with Canolfan Hamdden collaborating with Gwenno, Rhys Edwards, Pencadlys and Tim Saunders. Be prepared for a twist on the sounds that shaped her past.

Rhys Trimble is a bilingual musician, poet, text artist, performer, drummer, improvisor, editor, critic, collaborator, shaman, staff-wielder and shoutyman based in Wales. Interested in avant-garde and Welsh metrics. The Author of 12 or more books. Born in Zambia in 1977 performed in countries around the world. Work Translated into Slovakian, Polish, Croatian, Galician, Latvian and Turkish.