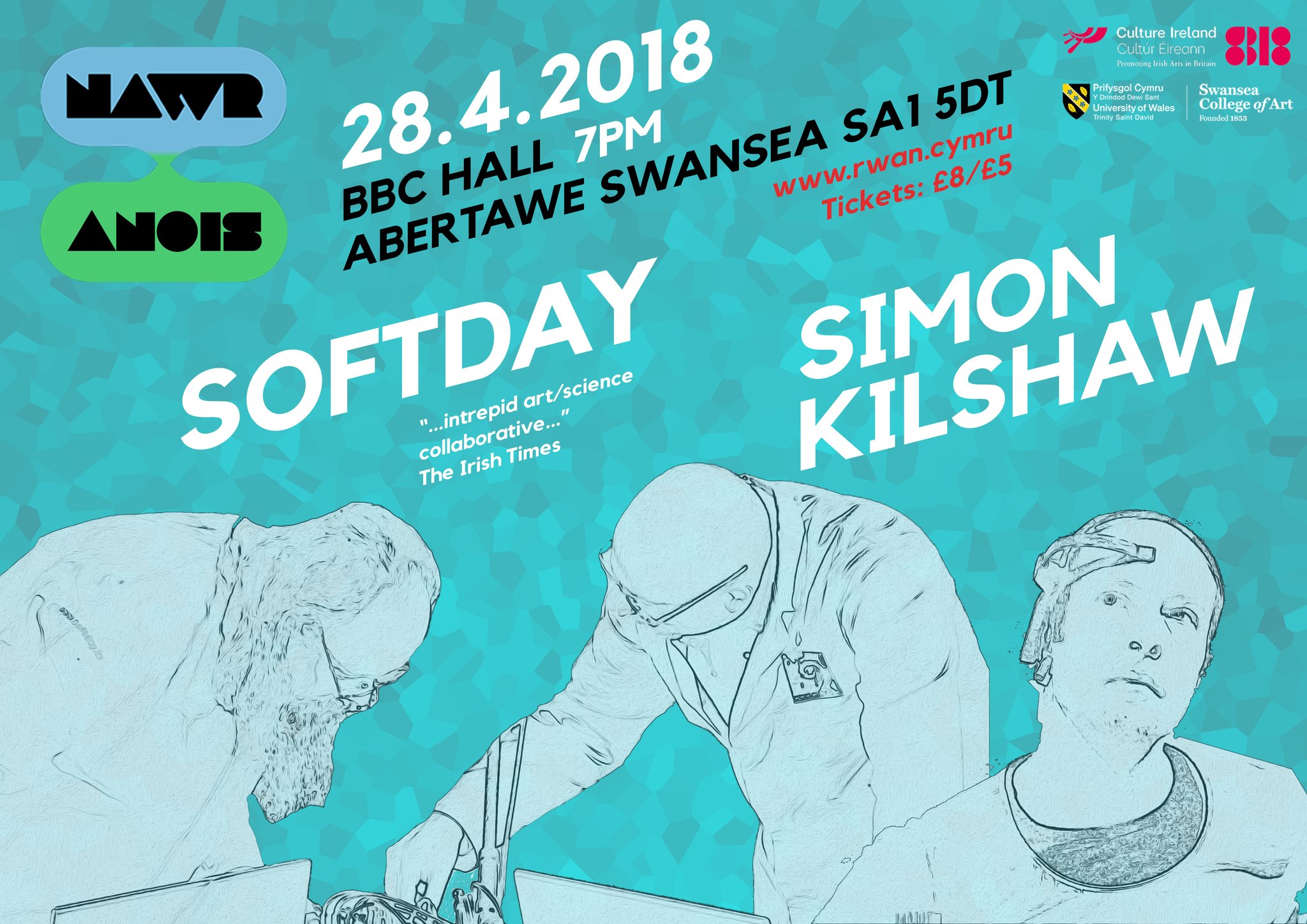 Since 1999 Softday, the art-science collaboration of artist Sean Taylor and computer scientist Mikael Fernström, have engaged with issues relating to natural cycles in time, climate change and its global effects.
Early projects such as Bliain Le Baisteach (A Year of Rainfall) (2000) looked at fluctuating annual rainfall patterns in Ireland. Further, Cóisir an Tsionainn (The Shannon Suite) (2003) focused on the four-year life cycle of the wild Atlantic salmon and the effects of overfishing and pollution on the species ability to survive. Projects such as Nobody leaves till the Daphnia sing (2009) examined the implications of contaminated domestic drinking water supplies in Galway and West Limerick. The Marbh Chrois (Dead Zone) (2010) project addressed the impact of two ‘contested’ marine dead zones as a key stressor on marine ecosystems in Donegal, Ireland. In 2011

Softday were selected as one of the winning entries to the prestigious project EUROPE – A SOUND PANORAMA, in Karlsruhe, Germany. The Karlsruhe live concert was recorded by Deutschlandradio Kultur and distributed to all European radio stations. Between 2011 and 2013, Softday collaborated with a number of Irish beekeepers, scientist and the monks of Glenstal Abbey, creating Amhrán na mBeach (Song of the Bees) about the life of honey bees and current threats such as Colony Collapse Disorder (CCD).

As a collaborative team they use their arts practice to explore relations to and understandings of nature, expressed through sonifications and multimedia artworks and performances. Both artists are interested in exploring the cracks between various media and creative genres such as expanded theatre, sound art, socially engaged practice, sculpture, music, dance and the application of new technologies.
https://softday.ie/

Simon Kilshaw is a composer, performer, sonic artist, songwriter, producer, software designer, inventor and instrument builder, systems programmer, Digital Creator through coding. Simon invents new musical instruments using a wide variety of digital technologies, from sensors and tracking hardware to pure coded environments, and composes new repertoire for them. Simon has developed a range of instruments and compositional tools for the creation of new musical works. In this way, Simon describes his research as "Digital Lutherie". Simon's recent work has been in the development of bespoke audio system extensions for the Unity Game Engine. Simon is the Programme Director for Music Technology at University of Wales Trinity Saint David. His work is inspired by the early 20th century pioneers of electronic noise machines, particularly the Italian Futurist movement.

NAWR ANOIS is a series of 7 concerts, running from February to July 2018. The series showcases the diverse music of contemporary Irish, Welsh and international artists. The series aims to develop deeper connections between Irish and Welsh composers, sound artists and musicians. The concerts will take place in the historic BBC Building in Swansea Studios at UWTSD. The series will feature: Mick O'Shea, Softday, Vicky Langan, Caoimhín Ó Raghallaigh, Analog On, Rachel Ni Chuinn, and Clang Sayne.