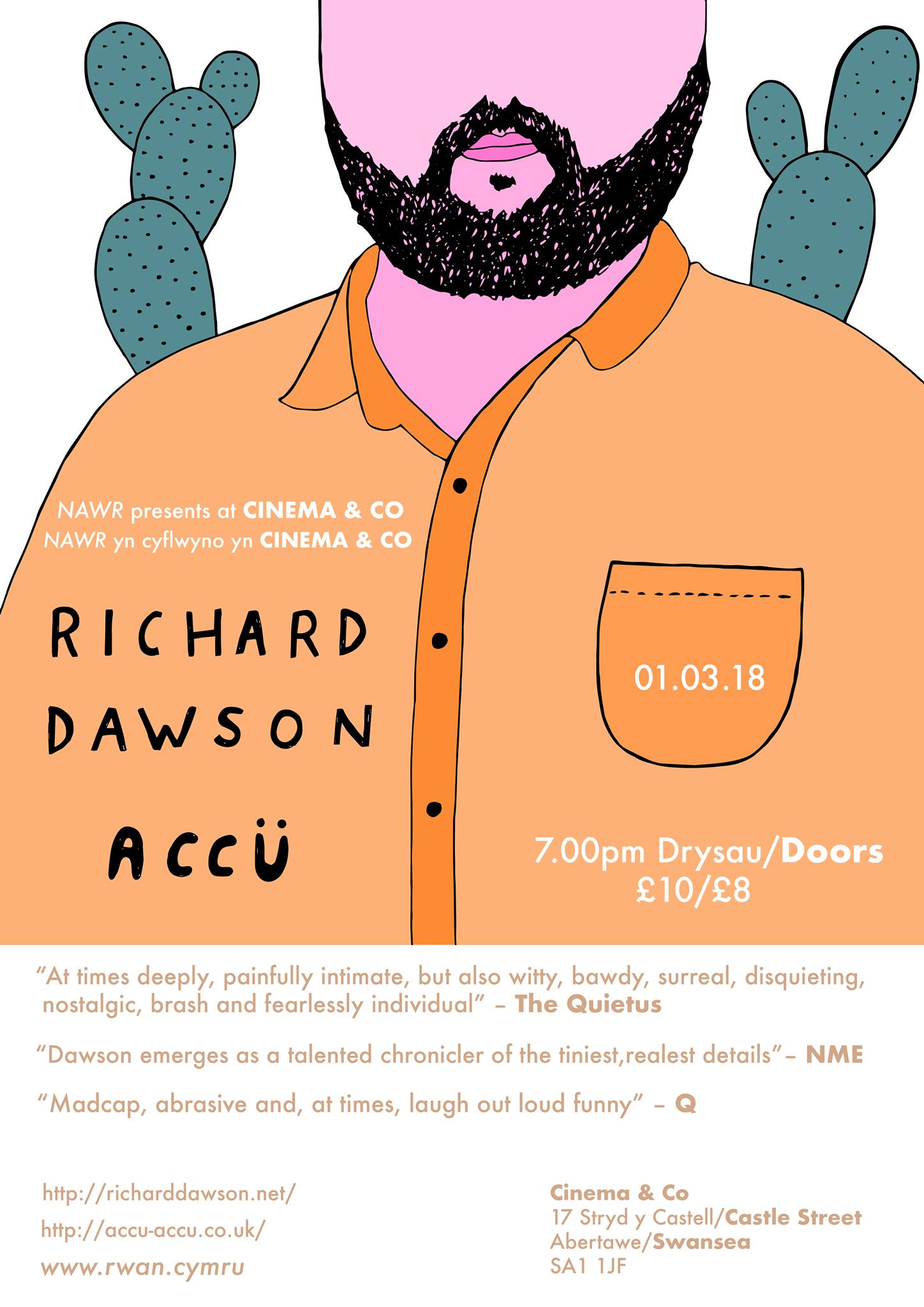 This Concert Is Now Sold Out

Rising up from the bed of the River Tyne, a voice that crumbles and soars, that is steeped in age-old balladry and finely-chiselled observations of the mundane, Richard Dawson is a skewed troubadour at once charming and abrasive. His shambolically virtuosic guitar playing stumbles from music-hall tune-smithery to spidery swatches of noise-colour, swathed in amp static and teetering on the edge of feedback. His songs are both chucklesome and tragic, rooted in a febrile imagination that references worlds held dear and worlds unknown.

Both live and on record Dawson is a barrage of musical expression and personality. A shambling exterior, amidst tales of pineapples and underpants, ghosts of family members and cats, his stage presence is at once inviting and awe-inspiring. The visceral power of his voice against the lurching modality of his guitar lines conjure false memories of Tim Buckley and Richard Youngs duetting with Sir Richard Bishop and Zoot Horn Rollo. There is a rawness to the music that embodies timeworn singing traditions – the fire and pestilence gait of the Sacred Harp singings, the fractured call and response of the Gaelic Psalms, the unbridled power of Mongolian throat singers – its power tempered by intimacy, flecked with human emotion anchored by a sense of place.

“Dawson emerges as a talented chronicler of the tiniest, realest details” – NME

“madcap, abrasive and, at times, laugh out loud funny” – Q

“Nothing Important is a rhapsody of the material, the messy, and the intensely human” 9/10 – Loud & Quiet

Accü is Netherlands born musician and recording artist Angharad van Rijswijk. The half Welsh half Dutch songwriter moved to rural Carmarthenshire Wales as a child and went on to write in both English and Welsh.

She is best known for her works as a singer, songwriter and producer although she also encompasses her work as a visual artist in her live shows as well as in art exhibitions. This was how the alias 'Accü' came into fruition, meaning 'accumulator' in Dutch, reflecting how she gathers and collects her work lyrically, visually and sonically to create her songs.

To date she has collaborated and recorded with writer and comedian Stewart Lee, the duo Cornershop and musician Richard James, with whom she started the duo Locus in 2015, working in the fields of experimental music, live residency, radio collage, multi-artform installation exhibitions, working with the Wales Millennium Centre, BBC Radio 3 Late Junction, BBC Radio Cymru, Resonance FM, Cardiff Contemporary festival and Cardiff University.

In 2016 she relocated from Cardiff back to Carmarthenshire, Maesycrugiau to complete her debut album, where she recorded and mixed the record in her caravan.