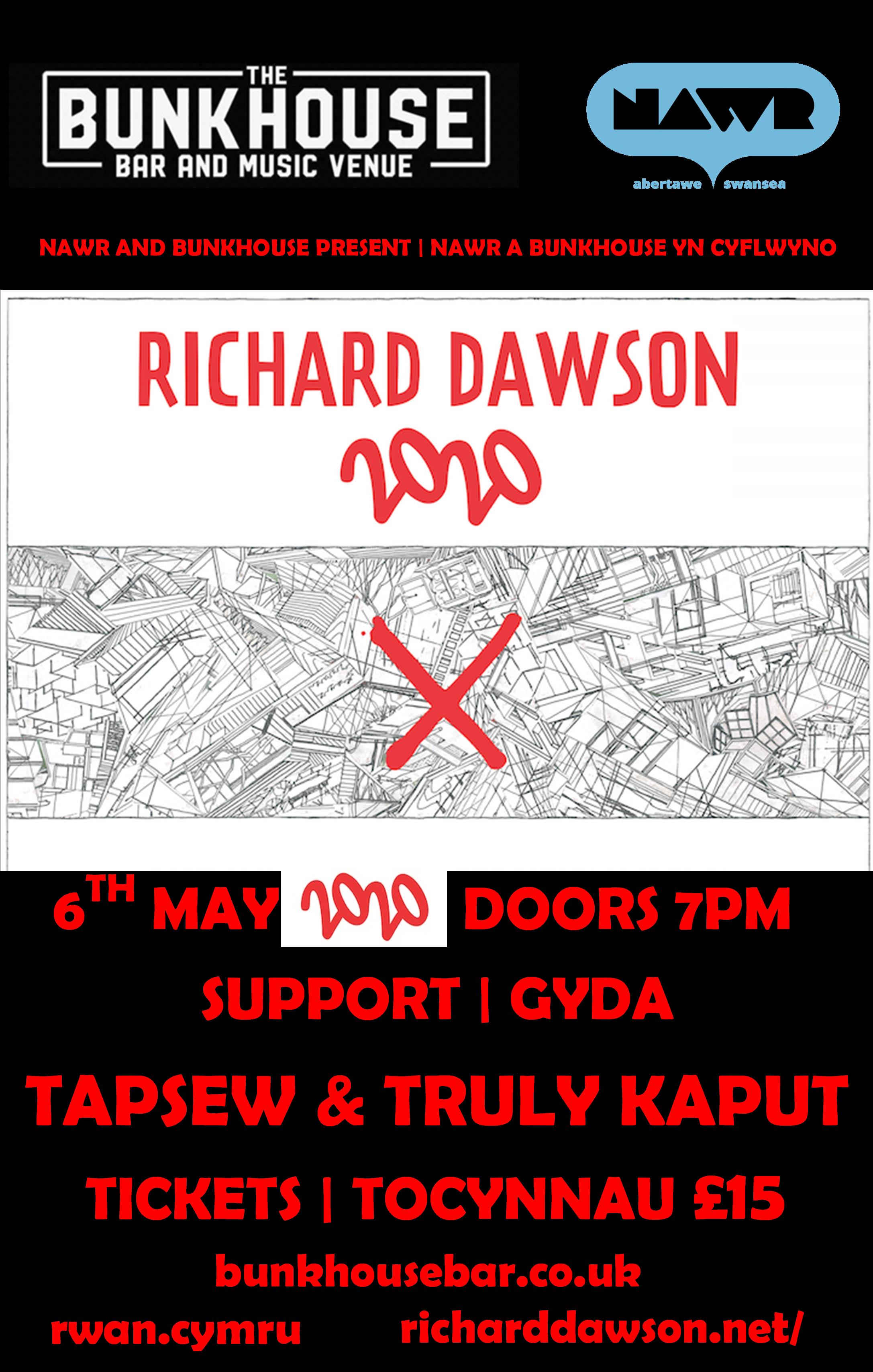 Richard Dawson gig on Wed 6th of May at the The Bunkhouse, Swansea is postponed...

All tickets already purchased will remain valid for the rescheduled date.

"On his dense but meticulously rendered new album, the British folk singer uses grander pop arrangements to wade into the barbarism of modern life." Pitchfork

A high drama duet of sewing machine and tap dance. Scissors on thread; needle through cotton; metal via body on floor. The sounds of the machine and tones of the floor played out in tap, creating pace, tempo and rhythm in repetition and unification.

......characteristics of repetition, beats and rhythms...... mechanical sounds and laboured inner workings of the sewing machine...... human-made sounds of metal taps on wood.......the possibilities of each 'instrument'..........the subtle and delicate pluck of cotton through the feeder........ the unification of motion...... human and machine........

"Tap/Sew brought together the escapism of showbiz with the repetitive labour of industry as Eliza Lomas tapped the ballroom floor to the hum and pace of a sewing machine manually operated by Sam Francis." Vicky Smith

Described as "the best songwriter you've never heard of" and "an ear-splitting, nerve-shredding experience," transgender vocal-terror from Townhill Truly Kaput started making music as part of the queercore and feminist DIY punk scenes of London in the early 00's. After playing with bands such as The Battys and Gender Fascist, Truly has since gone solo with their own brand of banjo-ukulele driven anti-folk. They are currently working on a new release titled Council House Classics.