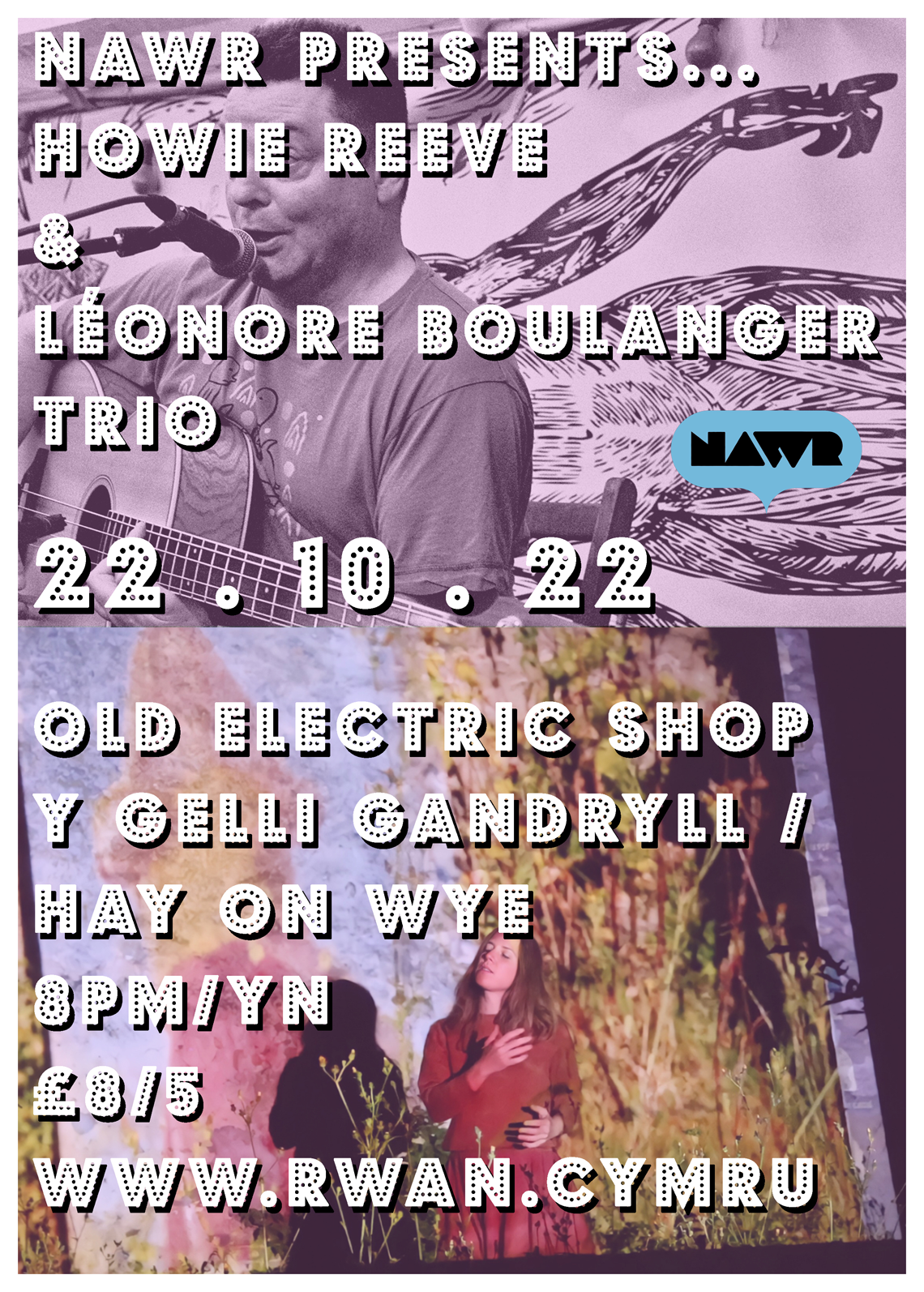 On October 22nd Hay NAWR hosts our third event of the autumn (and last of 2022), this time at the Old Electric Shop, Broad Street, Hay on Wye, Powys. Doors 8pm. Tickets £8/ 5 concessions.

We have two exciting acts from the experimental band scene visiting us while on tour: acoustic bass guitarist Howie Reeve and the Léonore Boulanger trio.

"Howie Reeve is a unique and singular figure in the current British underground. Having spent over 20 years playing in a number of key Glasgow bands, since 2012 he has been performing solo on acoustic bass guitar, delivering a fragmented and dexterous music that takes in post-punk and avant-folk. Increasingly turning to songwriting, he further engages audiences with cryptic, intimate and unsettling lyrics. Resolutely DIY in his approach to music, he lives in Glasgow but appears to be perpetually on tour, whether in the UK, Europe or Japan." (Chris Joynes)