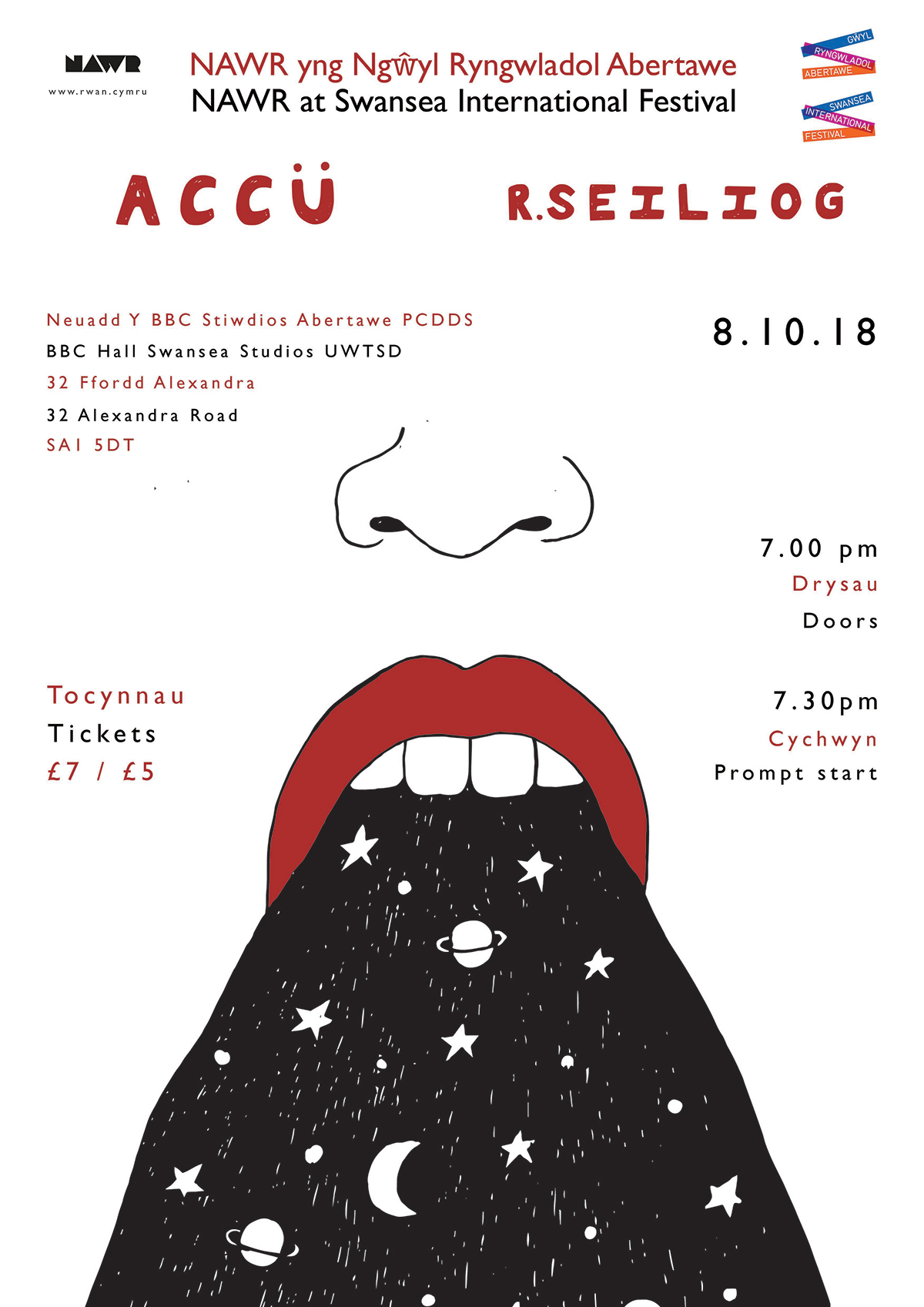 Accü is Netherlands born musician, producer and recording artist. The half Dutch half Welsh singer-songwriter moved to rural Carmarthenshire Wales as a child and went on to write in both English and Welsh. Finally embarking on a solo entity she admits her songwriting process is very chaotic, which is how her name Accü came into fruition meaning 'Accumulator' in Dutch, reflecting how she gathers and collects her work lyrically, visually and sonically to create her songs.

To date she has worked and recorded with writer and comedian Stewart Lee, Cornershop and frequent collaborateur; Richard James of Gorkys Zygotic Mynci.
Her debut album 'Echo The Red' will be released on Libertino Records.

R.Seiliog is the alias of North Walian skewed musician/producer Robin Edwards.
R.Seiliog emerged from the pine coned hills of Peniel, North Wales. Releasing the warm analog psychedelia of 2012's Shuffles EP, and his debut long player 2013's Doppler which was a wide-eyed homage to Krautrock. Manic Street Preachers were so inspired by his debut album Doppler that the band entrusted Edwards to remix Manic Street Preachers’ single ‘Futurology.’

In 2014 the release of his critically acclaimed second album ‘In Hz’ a masterful work of convoluted drone and electronics. Which led Thump to herald it as “So good it hurts” and Mojo Magazine to say “R.Seiliog presides over a subtle, imaginative record that transcends many genres.”
R. Seiliog’s work has received airplay from the likes of Huw Stephens, 6 Music - MaryAnne Hobbs, Radcliffe and Maconie and Lauren Laverne.
R.Seiliog is set to perform at a number of Welsh shows this Autumn and Winter, with more UK shows to be announced shortly for the new year.